The cubs had a very successful first Summer Camp in Portlick, Athlone. Camp started on Friday 14th June with a 4:00pm departure from Athenry. All of the cubs and leaders travelled by coach.

It was a wet and windy arrival at Portlick with the camp setup occurring during some very heavy rain showers.

Once we had everything ready it was time for the Camp welcoming ceremony and Camp Disco where the Athenry cubs started a conga line. 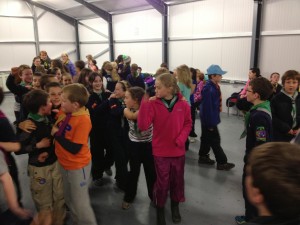 An early 07:30am start on Saturday morning which some found hard as they had been awake talking until after 05:00am!

Saturday was filled with fun activities such as Kayaking, Assault course, Chariot racing, Backwoods, Crate Stacking and a Climbing Wall. 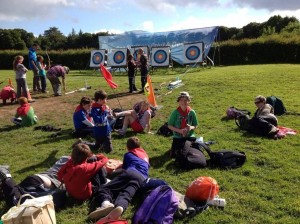 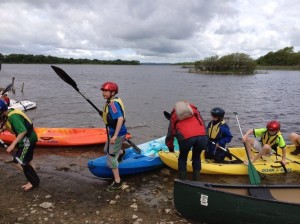 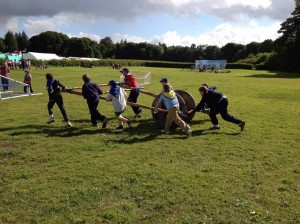 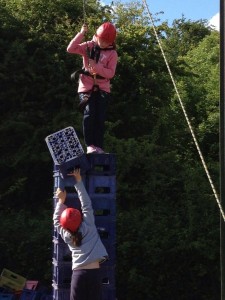 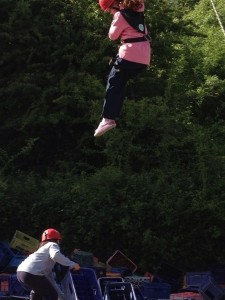 Saturday night was Movie Theme night which allowed the cubs the chance to visit with cubs from other groups followed by a Camp Fire. 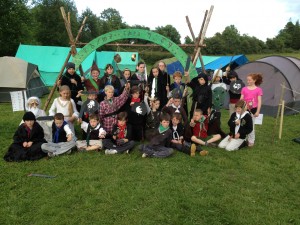 Lord Of The Rings

Another early start on Sunday to allow time to take the camp down and pack away all the equipment. The cubs arrived back in Athenry at 01:00pm tired and exhausted but glad to have survived their first camp.

Have a look at all of the camp Photographs.

The 19th Galway Athenry Cubs finished for the summer on Tuesday 25th June with a Treasure Hunt around the town of Athenry. The hunt consisted of 30 questions with 1 point for each correct Answer.

The winning six was Hawk with a full score of 30 points.
The results are listed below: