Well done to those members of the Kangaroo and Penguin Patrols who attend the Galway Scout County Camp from Friday 29th April to Monday 2nd May 2016. This camp was a camping competition camp with two competitions in progress, the Shield and Plate.

As this is the first time in two years that the Athenry Scouts have attended with many Scouts attending for the first time, the Scout elected to attend the Plate competition which involved Camp Craft, Log Books, Test Meals, Uniform Inspections, Scout Skits and a full day of Activity bases on Sunday followed by a camp fire. The Scouts were marked on each activity.

Several new skills and games were learnt over the weekend which the Scouts will bring back to the Troop and pass on to those Scouts not in attendance at the camp.

Despite some very cold weather on Friday night and a windy night on Sunday the Scouts had a great time making new Scout friends from around the county and they plan to meet these Scouts on some future activities. 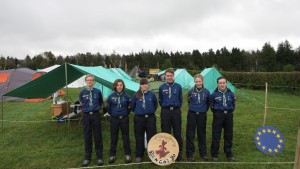 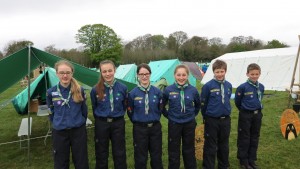 The Athenry Scouts attended the Galway County Scout Camp from Friday 2nd May to Monday 5th May. The patrols camped on their own and were responsible for their own meals, cooking/cleaning etc.

On Saturday/Sunday they participated in various activities such as Kayaking,  Water Slide, Pioneering, First Aid, Orienteering and Surveying. There was a lot of rain but some sunny periods.

On Saturday night the scouts performed their Skit based on the “Graham Norton Show” and “(Not) The Royal Family”.

Sunday night was campfire which was lead by several Venturers.

Overall the Scouts had a great time and seemed to enjoy themselves. 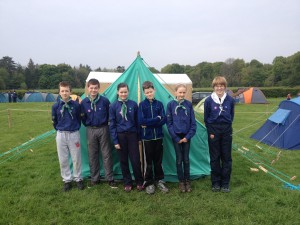 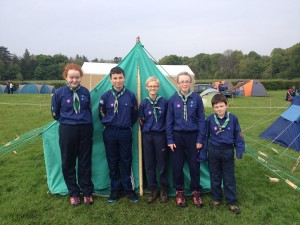 Some photographs are available. More will be added shortly.