Congratulations to the Scouts who attend their first over night camp. The camp was held in Renville, Oranmore from Saturday 19th October to Sunday 20th October. The scouts assembled in car park beside the GAA ground at 10:45 on Saturday 20th and cycled to Oranmore.

Enroute they stopped in Lidl to purchase their food supplies based on the camp menu they had previously selected.

Once on site the first order of business was putting up the Tents (before lunch) due to the dry weather. 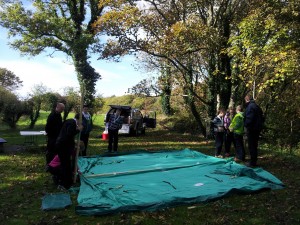 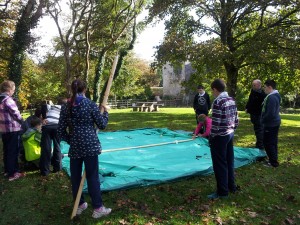 After lunch it was time to learn some basic pioneering, build a cooking area for each patrol and collect and chop firewood. 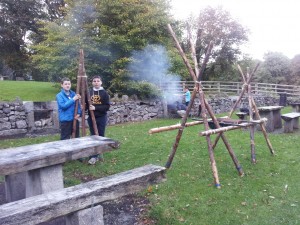 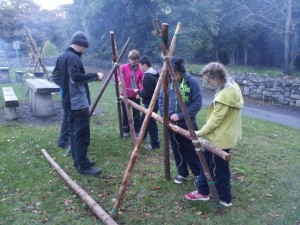 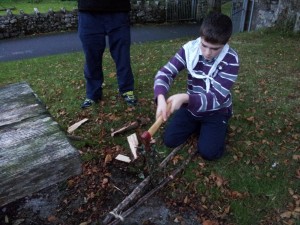 Once everything was ready it was time to prepare and cook the dinner with Tiger Patrol having chicken wraps and Meerkat Patrol having Chicken Curry. 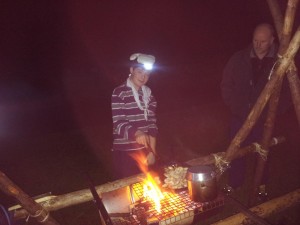 After dinner it was time for a little night hike and a campfire. Bed time was 23:00. 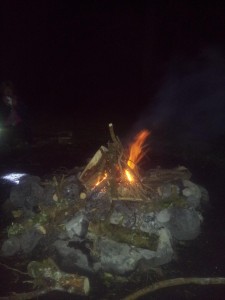 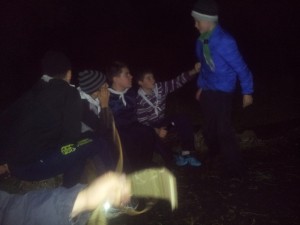 Sunday morning was an early start at 08:00 followed by breakfast and some back woods cooking. All the tents were packed and the site cleaned and returned to the way we found it for a 12:30 departure to Athenry arriving at 14:00.

There are more photographs.

Well done to all the cubs who managed the hike to the top of the Mountain in Co Clare on Sunday 12th October. The day started out cold and wet but gradually the mist lifted and the day ended as a glorious sunny afternoon.

You can view the photographs.