Well done to all of the Athenry Patrols who participated in the Galway County Scout Camp held in Portlick Camp site over the May Bank holiday. There were 30 Patrols in attendance form County Galway representing nearly every Scout section in the County.

There were three Athenry Patrols in attendance, Koala Bears in the Plate Competition and for the first time ever Athenry entered the Shield Competition with Kangaroos and Penguin Patrols.

The Koala Bear Patrol returned with a Silver Standard from the Plate Patrol.

Both of the Shield Patrols returned with Gold standard with the Penguins coming fifth and the Kangaroos coming third overall. This result means that the Athenry Scouts have won a place at the National Phoenix Camping Competition to be held in late August.

This is a tremendous achievement and shows the dedication and hard work undertaken by the Scouts over the last few months during weekly meetings and practice Saturday.

All of the Athenry Scouters are very proud of the work undertaken by all of the Scouts involved.

Over the weekend of the Friday 24th March to Sunday 26th March the Athenry Scouts undertook a weekend camp in the Kildare Scout Den. Travelling by Train the Scout were met by Kildare Scouts who showed them the way to the den. 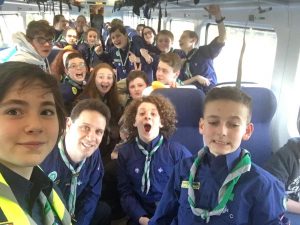 Athenry Scouts on the Train to Kildare

While in Kildare the Scouts worked in Patrols which each patrol responsible for shopping and purchasing their food for the weekend,  preparing meals, cleaning the hall etc. 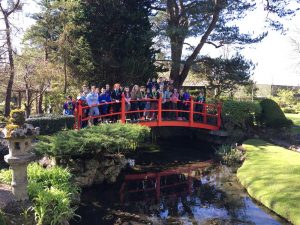 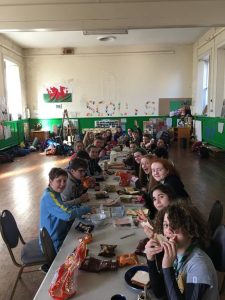 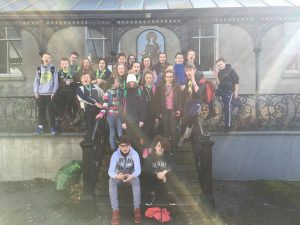 Several Kildare scouts visited us for a Campfire on Saturday evening followed by some Scout skits, and Jiving.

Sunday morning was an early set with a clean up of the hall and a return train journey to Athenry.

Some Scouters had time for R&R. 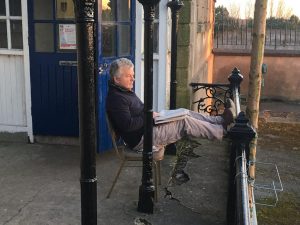 See all of the photographs.

What a great turn out from the Beavers, Cubs and Scouts for the 2017 St Patrick’s Day Parade. Some many brilliant and exciting costumes based on the parade theme of “Ceol agus Criac”. Thank you to all the parents who helped with the costumes. A big thanks to all of the Scouts who built the camp site float over a long evening on Thursday 16th March. Your help, enthusiasm and skill are greatly appreciated.

Due to all of your efforts the 19th Galway Athenry won one of prizes at the Parade. Well done to everyone involved.

Thank you SIP Energy for allowing us to borrow your truck for the parade.

The photographs below are just a snapshot of the day. There is a full set available.