As part of their Air Adventure Skills Badge, the Beaver Section visited Galway Flying Club on Sunday 24th May at 09:00. There were a few sleepy heads but everyone had a great time.

A really big thank you to the Galway Flying Club for all their help, wonderful explanations and patience. A full set a of photographs is available. 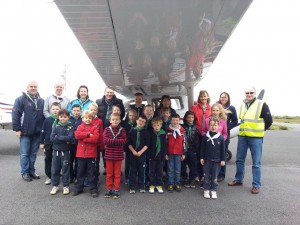 Well done to all the Beavers, Cubs and Scouts who attended our first group camp in Esker Monastery, Athenry over the weekend of Friday 8th May to Sunday 10th May.

The Scouts arrived on Friday night and set up the camp working in Patrols. Each patrol was self sufficient for the weekend, looking after themselves and cooking all of their own meals. They even managed to persuade some Scouters to join them for dinner on Saturday night. The stewed apple topped with Crunchie was particularly nice. 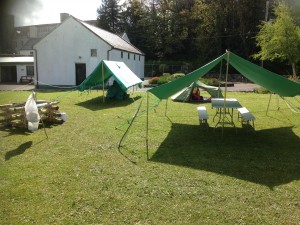 The Cubs arrived arrived at 12:00pm on Saturday and after lunch undertook a full afternoon of activities which included a Pioneering, Backwoods, Communications and Fun Base. The Scouts ran the bases with some assistance from Scouters. 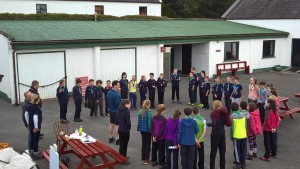 Our Beavers arrived at 19:30 for a forest ramble followed by our very first group camp fire. It is amazing how loud the singing can get with 68 Beavers,Cubs, Scouts and Scouters all around a camp fire. Well done to the Scouts who performed some very entertaining Skits. A special mention to those Beavers and Cubs who told a joke, sang a song or played an instrument.

Camp closed on Sunday at 12:00pm with everyone going home to a well earned rest.

A big thanks to all who helped planned, organise and run the camp.

A special well done to the three Scouts who constructed a flag pole using knots and lashings learnt as part of their Stage 2 Pioneering Badge. 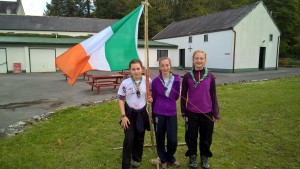 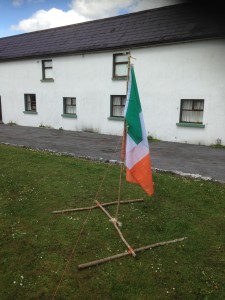 On Sunday the 26th April 205 the people of Athenry woke up to find that the town had been invaded by the 12th Clare Tulla Scout Group. The Group consisted of 56 Beavers, 30 Cubs, 13 Scouts and 22 Scouters (Leaders). The Group enjoyed a range of activities including Orienteering, Treasure Hunt, a Visit to the Athenry Castle, Heritage Centre visit. 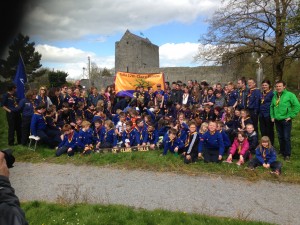 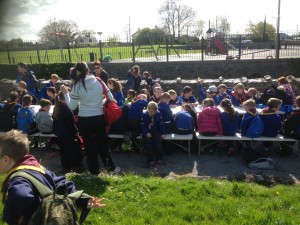 The day was rounded off with some hot dogs prepared by an eager Athenry Scout. 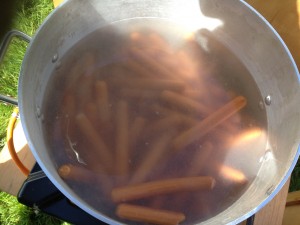 A big thanks to Tulla for visiting and to all of the Athenry Scouters who assisted on the day. 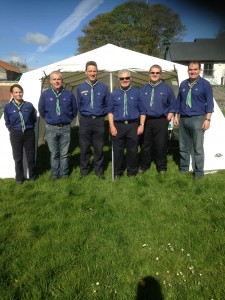 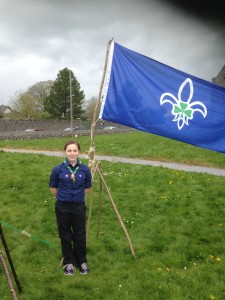 All of the photographs are available.